There is an interesting discussion going on over at the Guild. Talk of some new figures that might interest us in 79 land.


Mike
Posted by majormike at 09:50 No comments: 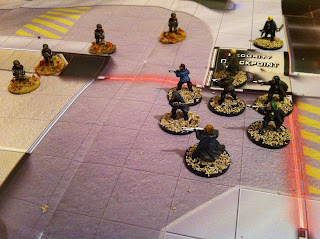 
The exclusive Wealth-Hab-Zone of Detroit Tower was the scene of carnage today as an armed jailbreaking mob of vicious convicted crim-perps shot their way out of the Crim Zone of Penal One. 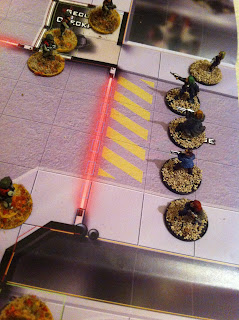 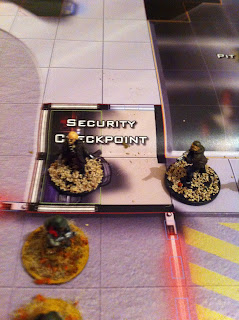 The Security booth is taken by "Smiling Al", the crim leader

Armed with illegal zap pistols the mob overwhelmed the PSC guards manning the security booth and powered down the nano fence. The guards fought hard and numbers of the crims were shot off the bridge from the max sec perp pen. A thin line of PSC troopers was simply overun by a knife and pistol toting gang of liberty hungry thugs, followed up by hardened gangers with armed with burp guns 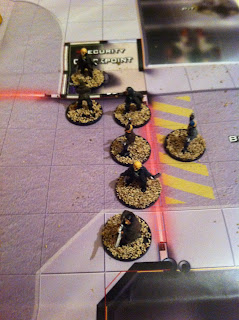 The crims flood into Detroit Towers

As the PSC caved in, the gangers flooded into the Hab Towers, innocent citizens fleeing by turbo lift and skimmer, carrying what they could. A few hardy citizens joined the remants of the PSC and tried to hold the streets but were shot down by the murderous crims. 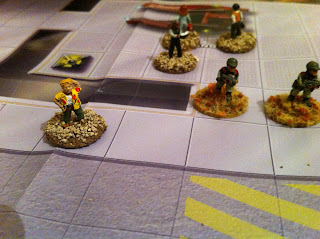 Meta City is in a state of panic as military gyro copters loaded with Security Consultants are being lifted in to make an assault on Detroit Towers. Reports of vid delivery men being shot by nervous citizens have been denied by the Mayors Office.

Mayor Brumby of the majority Popular Liberal City for the People Party has promised a full investigation and a review of sentencing policy, "this can't happen again," he said on vid link from his apartment on Hab-Sybarite-2.