A few weeks back I stumbled upon Enfilade Figures, a new 20mm figure company run by owner, sculptor Robert Börnig. His Cold War SAS just had something about them in the photos, that made me think of the beacons and  immediately screamed Winter of '79. Especially as I'd just finished reading Big Boys Rules by Mark Urban. 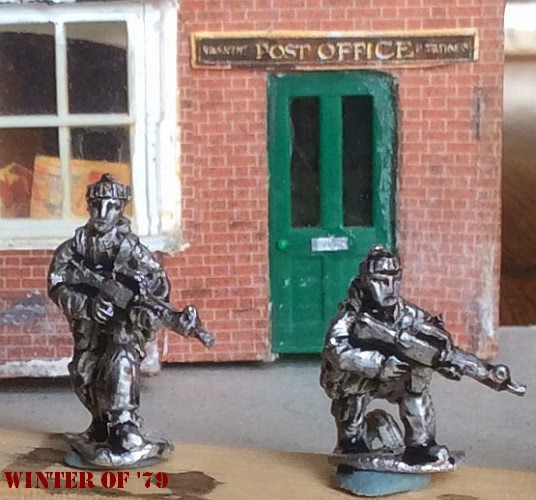 Now, if I'm honest with myself, I need more SAS figures like a whole in the head as I have plenty from RH Models and ex-Hotspur Falklands War ranges. These double as all sorts of hairy shooters from both sides of our fictional conflict and have even passed on occasion for their intended use as Falkland War SAS/SBS. 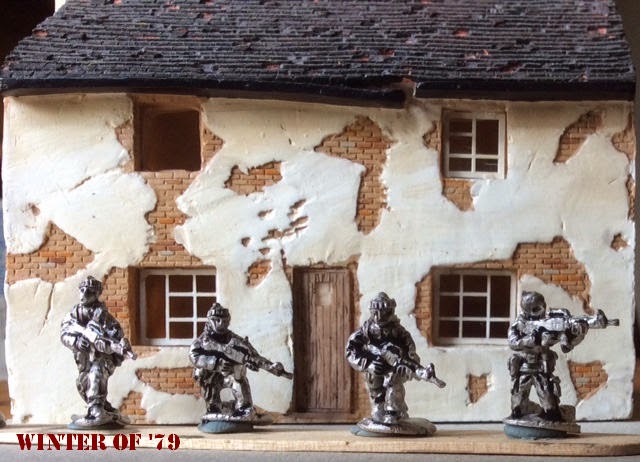 Call of Duty: Modern Warfare or What

Despite these bandito mustachioed hordes, I just had to buy 3 packs of Robert's Cold War SAS then and there. They duly arrived before the week was out and here they are (at last) with a quick wash to show up the detail. 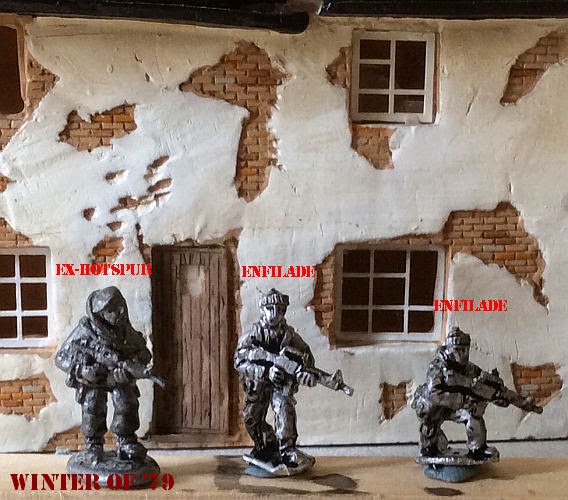 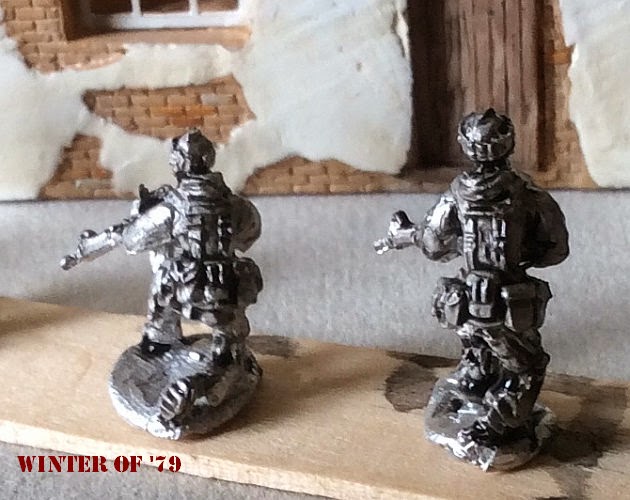 Size wise they are on the smaller size and unpainted just about fit in with my ex-Hotspur troops. Their slender build makes them noticeably different to RH Models stockier chaps, but that's what living on Chicken Supreme and Garibaldi's for three weeks does to you.

So what do you get? 4 figures in a pack for 3.99 Euro.Three wear woolly hats and the fourth dons a full face balaclava. All armed with M16s in a rough resemblance of '58 pattern webbing. I won't deny that I'd hoped they would be a little on the taller side - but I'm sure the difference will be minimal once painted and based. Plus, I really, really like these guys.


I'll try and get the SAS painted this week and post up the results. Next up will be a look at Elhiems new armed police and '70's era civvies.

If you thought last week was the week that was, and the week before that......... 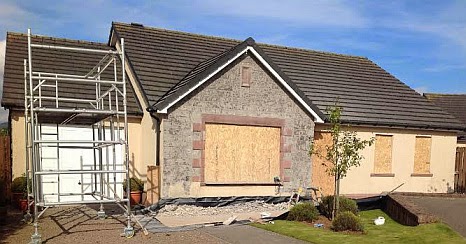 No not a scene from World War Z, or preparations for post referendum disorder, or even some Kevin McLeod/Sarah Beenie build your own TV house fest. The developers came along, conducted a survey and wrote to us saying they'd like to replace the harling (pebble-dash), before the house guarantee ran out. Very nice of them - until you realise this is 3 weeks of work using jack hammers to take it off! But fair do's, they are also checking the underlying granite and masonry for replacement / repair before slapping the harling all new improved harling back on!

On the bright side, and despite having the windows boarded up there is a bright side..... H. was unemployed for a whole day after finishing her MBA before being offered a dream position with a leading company. Huzzah!

It would be easy to think that this was great luck, but in fact it was the result of dedication, perseverance and hard damn work. Being an active observer over the past year and seeing first hand what it takes, I now take my hat off to anyone doing or who has done an MBA or equivalent.