1130 QA ambushed on return leg on A75, Q2 eagle flight deployed with armed Westland support. Vehicular damage and Q2 fired on at LZ. 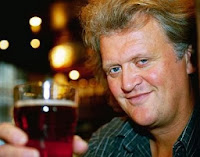 Dave Tucker, Corporal 6 Para, recalls in Channel 4 documentary That Was The War That Was:

"Operation Brunel? That landy job was a pig. There we were tearing around in landies while Trots shot our arses off.  Great bloody day! All quiet until East Bloody Butley and then it didn’t let up. Of course THEY had said it was clear and you can trust THEM, yeah my arse. By the time we grabbed that bloody sniper we had one landy running proper and the rest were shot to hell. That Westland was firing its Gympies into the hedges and we were just flooring it. Like the wild west, good job trot was a piss poor shot and as tactical as my Donna. Taffs would have had our arse on that one. And the sodding kegs we grabbed at the Cocked Hat were bloody riddled. Like I said, pig of a bloody day."

We decided the game was taking place just off map from the Ambridge/Borchester A.O. Introducing elements from Ranger: Simulation of Modern Patrolling Operations from Omega Games so that the enemy was randomly generated and operated as dictated by the Tactical Events Book (TEB) from the game - more or less - there was a bit of mugger gaming between us to ensure enemy reactions fitted within the context of Winter of '79. The eagle flight was incorporated into the game to give it an extra dimension.

We were both beat after some b'stard days in our respective workplaces. If any of you are movie buffs, when I say that I reached what Dan O'Bannon calls 'the point of no return', close act two, you'll know what I mean. So rather than set up a whole table, we played from a map and I threw down some buildings on my card table as required by events. This meant we could walk away from the game if we just wanted to natter or became too tired to continue. Picking up again next week without having to leave the table setup if it came to that.

Next game will be a special forces mission based on Ranger.