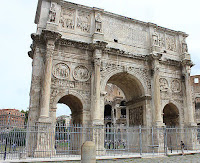 Reaching a landmark does have some advantages. Heather arranged a 'surprise' birthday present and whisked me away to Rome to celebrate, and not just the big day, but life.

And what better place to savour the moment than Life restaurant in the Via della Vite, where I enjoyed one of the best meals I've ever eaten, in one of the most friendly, convivial restaurants we've had the pleasure of dining in.

There was plenty else to celebrate. Just before my birthday was the second anniversary of being informed I had five years left to live....eight if I'm "lucky". I don't think about it normally, but when the anniversary comes round it's like waking up in the early hours and staring at the clock to see how much time you have before the alarm goes off. But I'm here now and that's what's important.

If you remember, H. was made redundant earlier in the year and together we experienced the change curve. Not unnaturally, she needed time to reassess her life and what she did next. I'm glad to say it proved to be a hidden opportunity and she is now in a much better job and wondering what stopped her from moving on all these years. 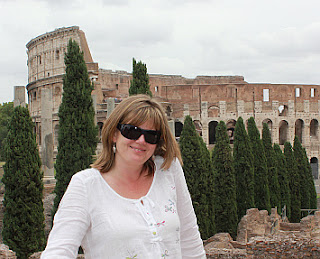 And three days before my birthday, the electronic pay and personnel management project I've been leading finally launched. Built from the ground up, in just eleven months since I returned to work. The last couple of weeks before launch saw problems and delays dropping in like Russian paratroopers from Call of Duty: Modern Warfare. Causing me tearing up the implementation plan on a daily basis as my timetable became ever more squeezed. However, in true CoD spirit I attacked the issues head on, my team stepped up to the mark and we delivered. 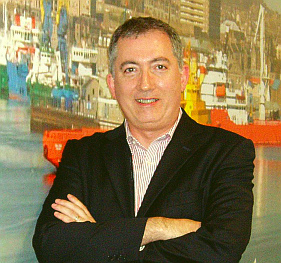 Those of you in similar fields will know it's like giving birth. A long drawn out pregnancy followed by effort, pain, tears and finally joy mixed with relief. Now the job is to smooth out the inevitable kinks, roll it out and implement the other modules.

An upside to all this, is that I've been asked to manage a second team and deliver another high profile pilot. Whilst Tuesday, I'm presenting my vision for bringing together the human factor with IT, BI and HR to create a single conjoined strategy to realise the goals of the business over the next 5 years. I'm sure being a wargamer and spending long hours pouring over SPI games in my youth are finally paying off.

I know you'll understand when I tell you that I've come home many evenings, opened up the blog and have simply been unable to string two words together. And wargaming itself has progressively taken more of a backseat as the weeks have passed. Though there's been days here and there where I've been able to catch quick text chats with Maff on the journey to or from work.

The bubble's burst at work. I am feeling great. My hobby is very much a part of life and everything to celebrate about it. I have a saying pinned up on my project noticeboard in the office "Damn the torpedoes, full speed ahead!"  Makes a damn good strategy for life too.