Winter of '69: Somewhere in the Boonies

As Mark indicated we have been working away during our break from blogging at a dedicated set of Winter of '79 rules. Needless to say I have been....distracted. Mark kindly pointed me to what he described on eBay as "all you'll ever need for Vietnam in 20mm."  I think he did mean all "I" ever need as there's far too few choppers for Mark to even consider it. Well, here's the proof: In order to get an idea as to how our Winter of '79 rules are stacking, I worked up a fast and dirty solo Winter of '69 Nam variant using more or less the same game mechanisms.

So, my squad of grunts, led by a Sorry Honky of a LT, headed off to search the Ville of Dak Plop. In the section are various panicky dudes, slick grunts and some gung-ho honchos. There's even a Sorry Ass REMF. The LT proves to be useless and it's down to the Slick RTO to get the HQ and M60 team moving. The plan was that they'd give cover to Sgt Greensboro and his grunts as they slid down the track to the ville.

At this point Charlie made his appearance and the oh so simple plan went down the tubes. After about four turns of shooting in which the honky LT actually led by example, Charlie broke off leaving the Medic panicked, the REMF down and Tallahassee (Grunt No.2) applying bandages....then, a sniper emerged together with another gaggle of Charlie. The M60 and the scout drove off the sniper while the RTO got ready to call down The Big One......the LT was paralysed in full on panic so it was down to Sgt Greensboro to man up and grimly pushed Charlie back. 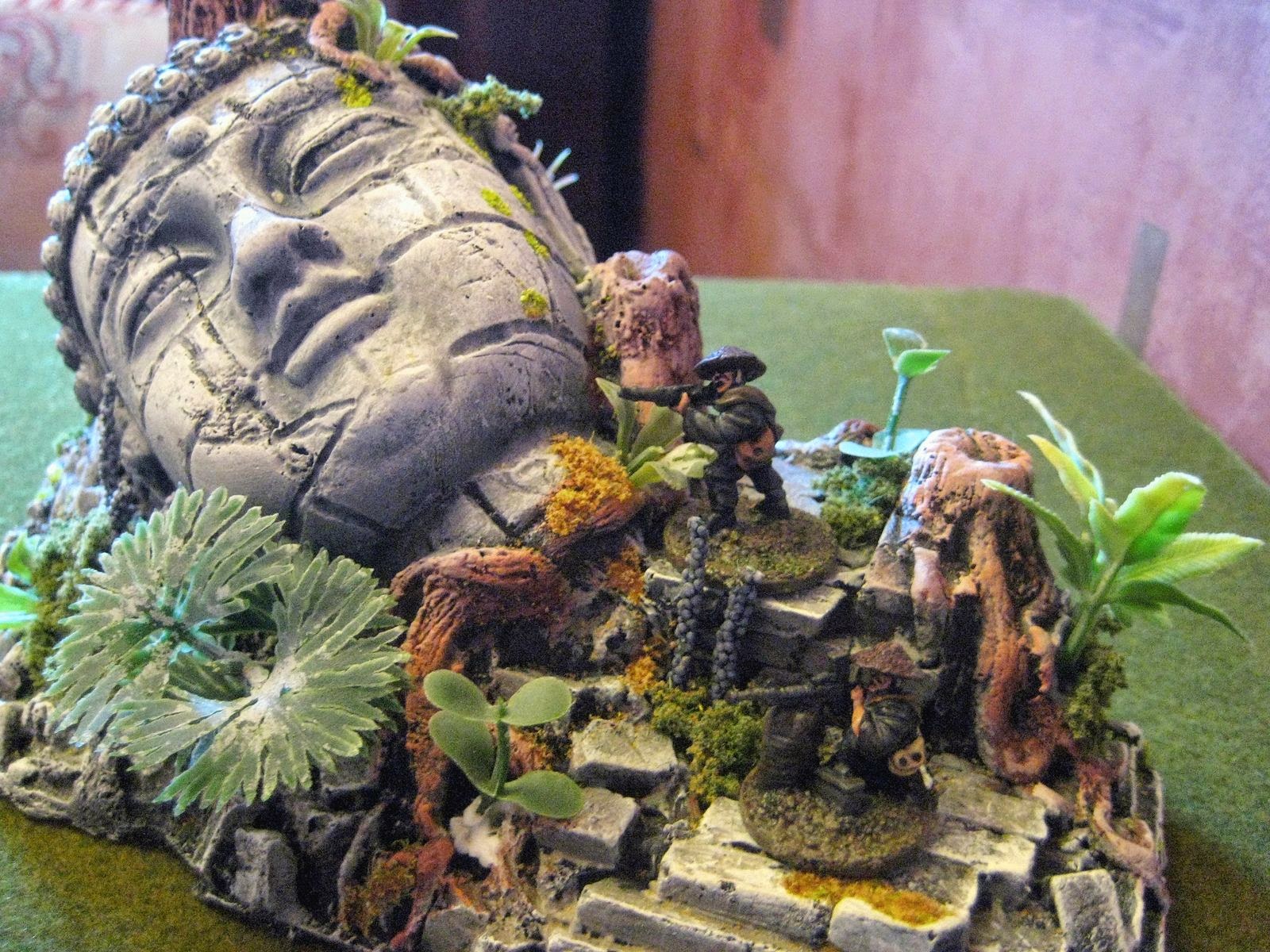 Apart from some pigs, all was silent in the Ville, the bunker was empty and reports had Charlie massing on the trail back to the LZ. A lone sniper popped away from across the paddy but was silenced by concentrated massed fire.

The terrain worked magnificently as did the core rule mechanisms. At one point in the game with the LT and Medic panicking, a couple of wounded were being treated by Tallahassee, plus some weapon stoppages on the firing line there was a very real rising sense of crisis. It was Sgt Greensboro who gathered the scout and pig team around him that turned everything around. Perfect!