.
Was the military 'siege' of Heathrow Airport in January 1974 a rehearsal for a military coup? Why did Ferret scout cars follow a Workers Revolutionary Party demonstration through central London? 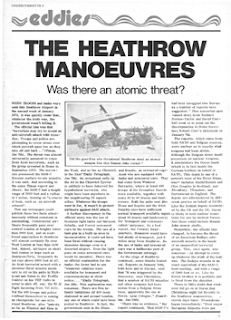 Does this point to an atomic bomb threat to London by Left-wing terrorists that could have precipitated the country into a Winter of '79 scenario? Duncan Campbell provokes a rethink of the 1974 Heathrow manoeuvres in Undercurrents, issue 9 .