At last I can replay the famous Falklands War action fought between the Royal Marines Mountain and Arctic Warfare Cadre and Argentine Special Forces, 602 Commando Company, on 31st May, 1982.

And all thanks to Tony at CardModels latest model - Top Malo House - available now in 20mm and 15mm. The unusual style of Top Malo House is called a 'Saltbox' which originated in early colonial America and is synonymous with New England. 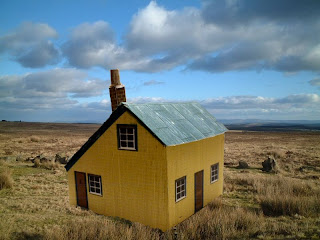 In case you don't own the Osprey edition Force on Force from Ambush Alley Games which includes a very do-able Top Malo scenario, you'll find a scenario aimed at TTG's Firefight rules here (link) and some further inspiration here (link).

One of these models is winging it's way to me and we'll fight out Top Malo with Cold War: 1983, IABSM and Force on Force with scenario stats and special rules for each over the coming weeks.