The Scottish Play: Turning the Screw 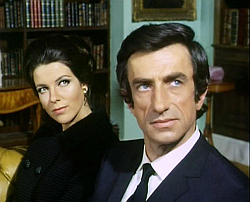 If Vivian McBeath, played the role of the 'Queen of Sorrow' admirably at the King's funeral. She should have won an Oscar for her performance at the reception afterwards.

Like a spider, she skillfully weaved a web of fear among the wives, hoping they in turn would urge their husbands into the trap that awaited them.

Roddy McBeath in his turn, took the men of real influence aside for a whisky and smoke in the drawing room. The tone that emerged was  that something had to be done. Someone had to take charge of the situation. Someone had to prevent Scotland descending into anarchy.  And of course, there was the question understood by all, who would get to control the substantial revenues to come from oil and gas if chaos ensued.

It was agreed, a meeting was needed. A plan of action. A decision that would secure the future of Scotland and her energy reserves.

In a room with pale green walls, behind a gloss green door, in a corridor that was one of many similar in Whitehall...... 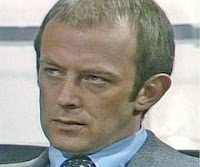 Roy: To the point, "This is it Tom. We've just had word the players are getting together. It's in your hands now. Any questions?"

Roy: "Here are your sealed orders. Open them when you receive the go signal CULLODEN".

Tom: "I'll bring you back some Haggis for Burns Night."

Tom leaves. Roy picks up the phone, "June. Tell Tim in Special Ops to warm up a second team."

Small order arrived from Elheim including COP5 who are just right for 1970's cops, robbers, sandbaggers and general heavies. The figure on the extreme right with the shotgun is very much London lorry driver Bill Savage for you 2000AD fans.

I was dubious to be honest based on the 'official' photo above, but I am favourably impressed with the figures as they are much better in real life and they are already on the workbench.