Found a pair of Daimler Armoured Car kits in the garage. The Daimler saw action in WW2 and served in Territorial Army units well into the 1960's. Those not sold or scrapped may have been laid up in sheds around the country and could become available to our Winter of 79 protagonists with at least some work. 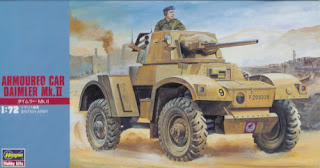 I fancy them as rebel Trade Union armour. I have a sneeking fondness for the Daimler, partly I think due to the enduring comic image of Tom Courtenay heroically riding atop one in 'Billy Liar'.You can just imagine Arthur Scargill leading the Yorkshire Miners from the turret can't you. 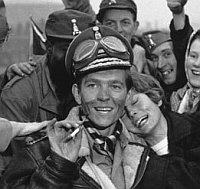 Expediency in times of national emergency or crisis is a wondeful thing. So what other readily available WW2 armour can we bing to the party without things getting silly. I'm tempted by the Britannia Miniatures' Dingo Scout car as a one off. Whilst the Humber Scout and A-34 Comet could also make an appearance somewhere down the line. Perhaps converted with differet turrets or additional makeshift armour and weapons.

I wonder if I can shoehorn the mantlet and gun from an Airfix Scorpion/Scimitar kit onto the Daimler? That would make a very suitable 1979 upgrade methinks. Off now to try..............