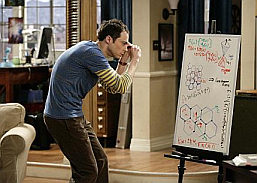 Well that was an intense week! Seriously feels more like a month has passed since last weekend in what has been a tough week, with the added stress of two professional exams. Enjoyed the experience nevertheless in a strangely masochistic kind of way. I guess in part because I have come away with increased confidence after last years neurological issues, which still leave me with some residual memory issues.

I returned home on Friday with raging 'man-flu' and have spent the weekend 'bravely' lying up and taking things easy. So, my workbench remains as I left it last week. Whilst resting up, I read more about the American Militiaman movement. What prompted this was twofold. Jon at Khurasan getting in touch, which resulted in me finding some new goodies on his webstore that would suit my Possee Comitatus project. Followed by the NatWest Bank's 'glitch' with their IT systems.  I just thought to myself, "right after UK banks have been downgraded. What a wonderful way to begin an economic apocalypse!"

This led to TIME Magazine which has a very interesting article The Secret World of 'Extreme Militias' profiling the Ohio Defence Force. I pulled several ideas from the article about potential scenarios. Including a Jihad Dawn remake of the 1984 classic, Red Dawn, using Khurasan's 15mm Neo-Arabs. Call of Duty Modern Warfare 2: with a twist.

Of course I also wanted to see what parallels could be drawn between the American militia movement and our Winter of '79 scenario in Britain. In fact, when you think of it, were the 'private armies' Britain's own response in terms of a militia movement, but in a more typically British way of course?

At what point would the ordinary householder in 1979-81 Britain take up arms? With inflation hitting 17.4% in November 1979, would the axiom that "society is only nine meals away from anarchy" hold true when the Fish Fingers ran out?