A Welcome in the Hillsides AAR 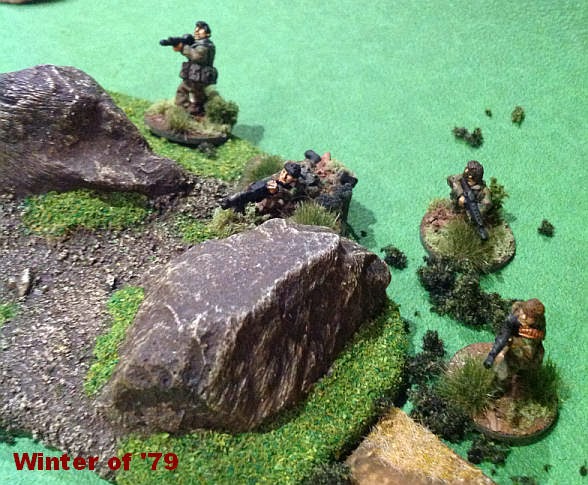 Using the clock dial the Free Taff setup their rifle teams at 1 and 2 O'clock.The Support team deployed in broken high ground at 4 o'clock and the Headshed at the 5 o'clock position.

The SAS were inside the farmhouse readying for a patrol. One last wet before the off. Outside Daz and his Command team were fixing the Lannie in the small farm shed to the back.

My plan for the SAS in the event of an attack would be to maintain a fire base on the upper floor of the farmhouse and execute an aggressive counter-attack.

A quick check and Baz led his patrol out the front door. They were looking forward to some good hunting in the valleys. Just before dusk a Scout helo had reported suspected Free Taff movements a few clicks away.

Free Taff had initiative. As Baz's boys swopped insults and jokes as they moved to the front gate, Maff opened a barrage of fire from the Free Taff support team and Headshed. Immediately dropping one trooper and making the other flinch (represented by turning the figure backwards). Baz returned sporadic fire from cover to no effect. 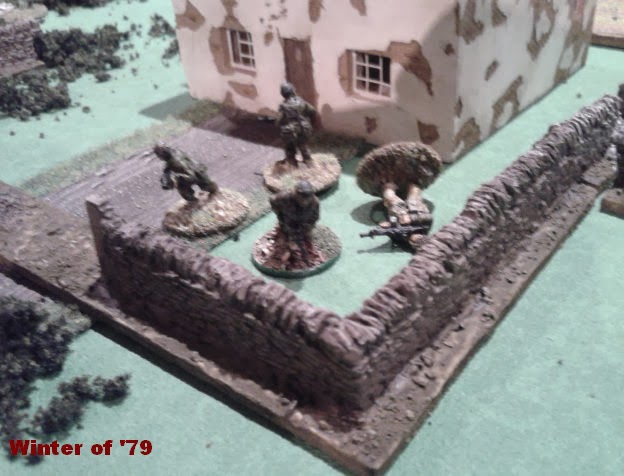 There's a clocktower in Hereford......
First blood to the Taffs
RH Models

As the first shot ricochet off the farmhouse walls, Daz swore WTF! out loud. Spotting Taff rifle team 1 racing to outflank their position he shouted "Action Left!". Successfully rolling two Activations allowed his Headshed to pour rapid fire on the hapless Taffs. One went down another flinched in fear. 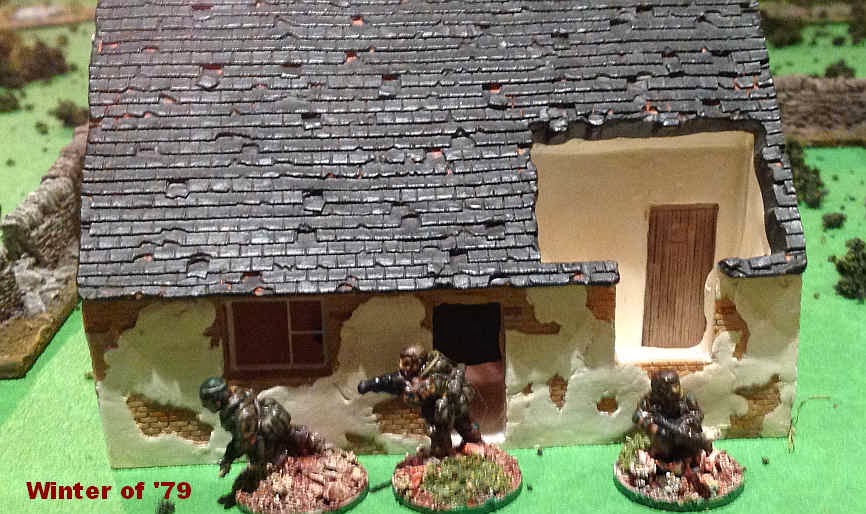 Meanwhile Taff rifle team 2 over extended themselves a bit recklessly and opened fire on the shadows now moving in the upper windows of the farmhouse. This provoked an immediate fusillade of rapid GPMG fire. One fell another, flinched. 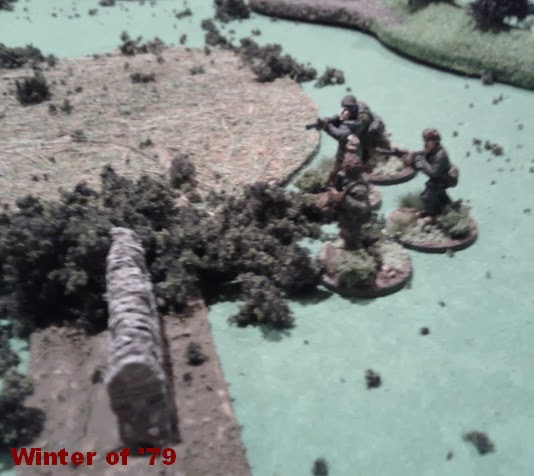 The SAS stole the initiative. This would prove decisive.

Baz rallied his troops and they poured fire in the Free Taff support group for all their might taking down a luckless Taff and making another flinch. But retribution was quick in coming. The Free Taff sniper felled a trooper,making the other flinch, leaving Baz alone to hold the front garden.

At the back of the farmhouse the SAS quality began to tell. Daz pulled a couple of Activations on the dice and directed the resulting rapid fire from their M16s into the hapless Welsh who had been trying to outflank them, leaving just a shaken (flinching) sole survivor. 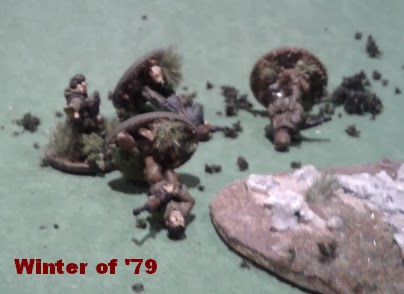 The second Taff rifle team had unwittingly placed themselves in a killing zone.Again, the SAS quality told. A double Activation allowed the SAS support team to belt 'rapid' machine-gunfire into the bunched Taffs. 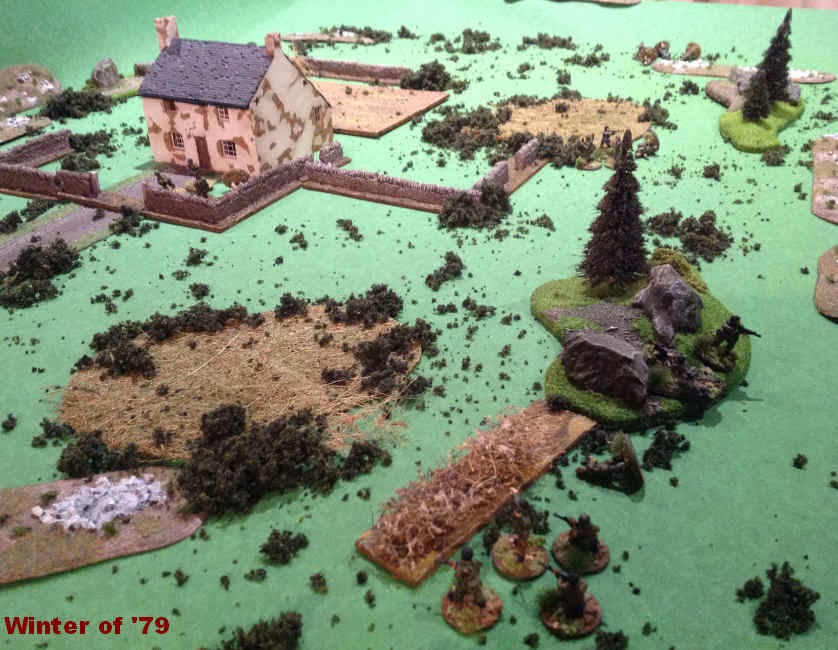 At this point half of the Taff were down, the SAS were putting out withering firepower and the Taff morale cracked. The game was uncompromising in its lethality. In just two game turns fate had see-sawed from the Taffs having the upper hand to the SAS giving them a drubbing. It was tense, it was fast paced and it was exciting stuff, leaving us wanting more.

We spent the next hour dissecting the game and coming up with new mechanisms both for W'79 and Call of Duty: Modern Warfare on the tabletop. Whilst ostensibly a Sci Fi bug hunting game, and ok the whole CD thing is a very 1980s novelty but clumping figures or even 'skirmish trays' works just as well. The core rules offer so much more if you are prepared to put the effort into taking them outside their published parameters. Long and short of it, they work.

The number of figures we deployed was too small in all honesty, though if we'd played this with Cold War: 1983 numbers would have been fine. being bloody, this game was over in 20 minutes, but what a 20 minutes! I'd suggest at least double the number of teams for a club night game.

In retrospect the Taff should have had a LAW and I suggested a mechanism to Maff for introducing LAWs next time round. Looking forward now to an encounter battle between regular platoon sized forces to give them a more thorough run through.