Just a taster of tonight's Winter of '79 bash. This was a ding dong match between Emergency Government forces and Welsh Territorials, stiffened by a small Royal Marine cadre. 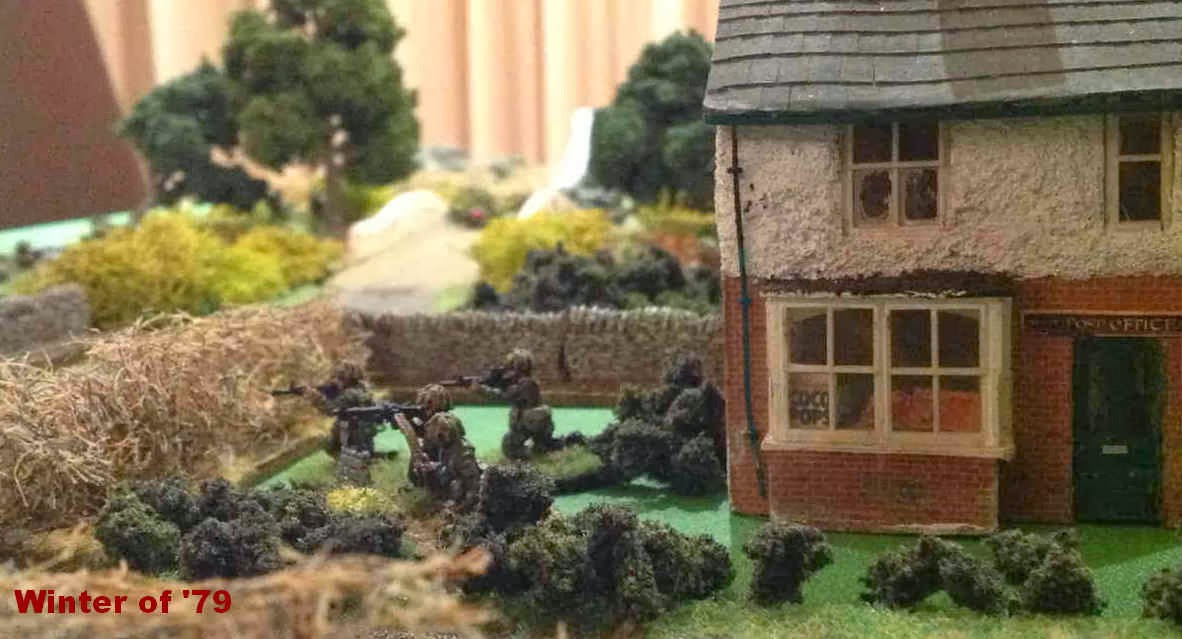 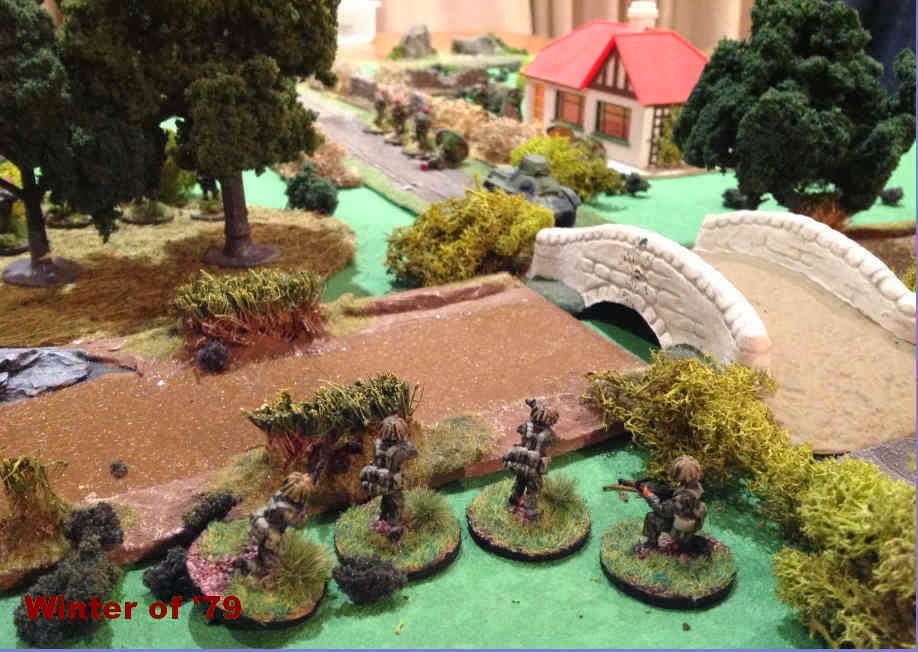 More Territorials hold their own
Yes, that's a Bellona Bridge 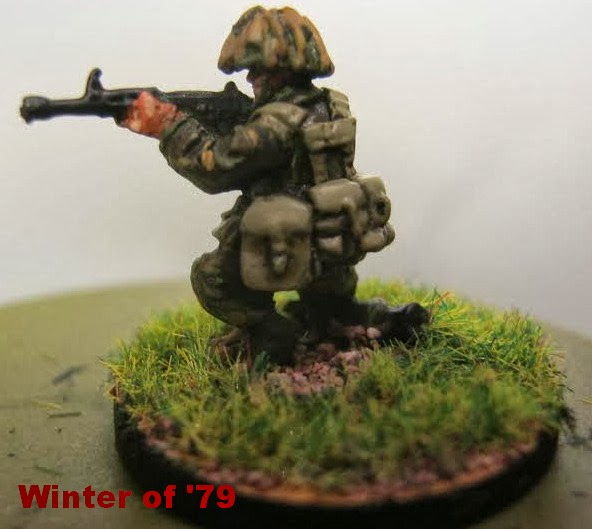 
Have to say that tonight's game was everything I wanted from Winter of '79 and I know Maff would say the same. Part-time TA soldiers take on Paras, bolstered by armoured recce elements. Despite and unashamedly 1970's Airfix feel to it all, we had great fun as the actioned see-sawed along over one and a half hours to an epic finish.

Was it a "Bridge Too Far" for Maff? More on Friday once I get a chance to write up the AAR.