There's a Welcome in the Hillsides

The farmhouse at Hendre Faen Uchaf is suspected to be the LUP for a series of SAS patrols pushing into the Black Mountains. A Free Taff SF team has observed it covertly from a distant sheep pen for several days and an assault party has been formed to eliminate the LUP, isolate any SAS on patrol so they may be tracked and thus remove the threat. 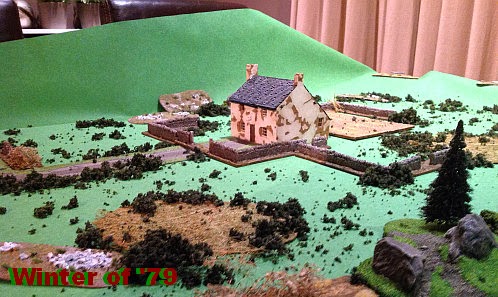 The Free Taff force is now ready to jump off.

Meanwhile, SAS teams are still in the field and may be drawn to the sound of action. The game is played with our digested, mangled, spat out, rebuilt then do it all over again version of SWATTERS from Ganesha Games.

Elements other than Headshed set up anywhere within farm environs up to 6" from farm.  They are visible if in LOS but nature of unit cannot be determined.
One unit CAN be concealed but if so, the Headshed start in the farmhouse shed faffing about with a broken down landrover.

Wandering SAS team - as Brick A above. Will appear either on random chance from a random direction or from fixed point within a 1-3 turn time frame if triple Activation dice rolled. 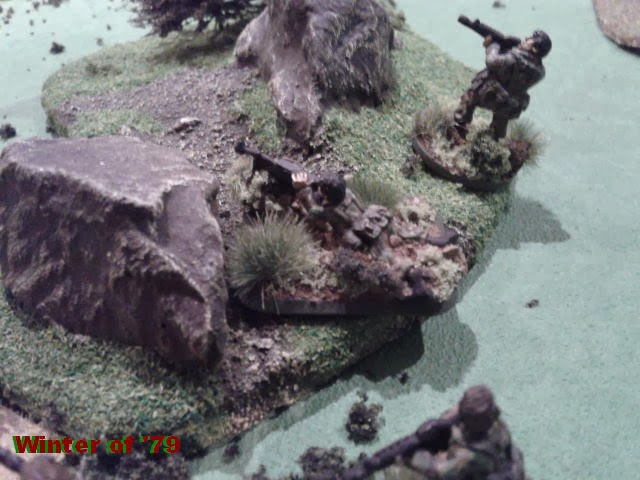 Losses are an objective here as both sides see the opposition as a valuable enemy asset and this as an opportunity to achieve an ascendancy over the other.