If you thought the subject of British Army helmets for 1979, was a relatively easy and dry subject, then let me reassure you it isn't. Believe it or not, there were a plethora of helmets in use in the late 1970's and this gives us plenty of opportunity to distinguish our troops, personalise our forces and perhaps even create new formations.

The MKIV/MKV 'turtle' helmet is probably the most easily recognisable piece of kit worn by the 70's squaddie and date stamps our model soldiers as being at the height of the Cold War. 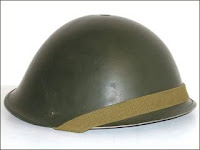 Th MKIV, began life as the MKIII also commonly known as the '44 pattern and first appeared on D-Day in 1944/ It remained in British service, much to the chagrin of it's wearers until replaced by the MKVI Combat Helmet between 1985-87.

MKV was simply a MKIV with a foam liner. 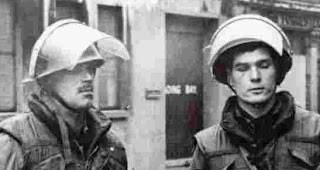 Troops deployed to Northern Ireland in 1969 wore camo covered helmets, but as the 'troubles' wore on the helmet was 'demilitarised' and generally seen without adornment. It could also have a perspex visor fitted for riot and crowd control duties. 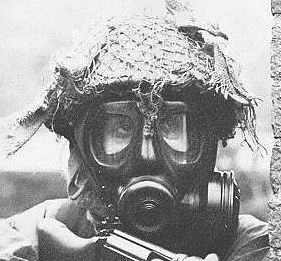 In the field, the helmet was covered by khaki string netting and adorned with torn strips of light khaki or green dyed burlap and sacking scrim which could be further enhanced with foilage, giving that classic 'Dad's Army' look to the wearer.

In Winter of '79 it would not be out of place for all regular and Territorial Army formations, with the exception of the Parachute Regiment, Royal Marines and armoured vehicle crews, to wear the MKIV/MKV helmet.

Part 2 will look at the Para Helmet.