.
Trying to find concrete information on post war British Para Helmets is difficult. Luckily with our focus being on 20mm miniatures not collecting militaria or 1/6th scale warriors, where the smaller detail of liners, straps and such matters far more. 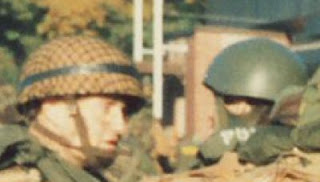 In our 1979 time frame we are basically looking at two models of helmet in service at the same time. The classic WW2 era rimless steel MkII Para helmet which soldiered on with British airborne forces right up to the early-mid eighties and the M76 Parachute helmet, lightweight. 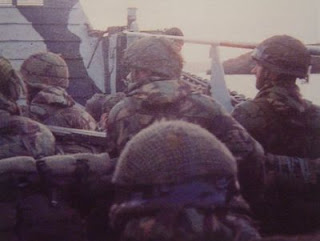 3 Para going ashore, San Carlos, 1982
M76 GRP Para helmets
The MKII Paratrooper helmet was manufactured in 1944 and saw wide service with airborne troops by the time of Arnhem. There were at least two more post war manufacturing runs - 1953 and 1965. British Paratroops continued to wear the MKII into the mid-1980's where it saw service in the Falklands side by side with the M76. The MKII also saw active service with Israeli & Indian Parachute forces.

1 Para, Londonderry, 1972,
Riot Visors attached to MKII Para Helmets
The M76 had a lightweight but durable Glass-Reinforced Plastic (GRP) shell. It appears to have been a development of the GRP Combat Helmet (Northern Ireland), which itself was the direct forerunner of the MK6 combat helmet (1987). It began replacing the MKII Parachute helmet from 1979 onwards. 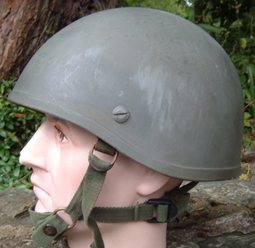 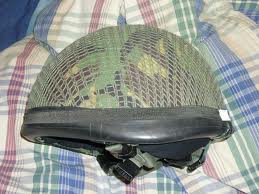 M76 Parachute Helmet, Lightweight
The basic shell of the MKII Parachute Helmet was also used for the RAC (Royal Armoured Corps) 'tankers' helmet. With a new liner, this became the Marine Pattern Helmet. 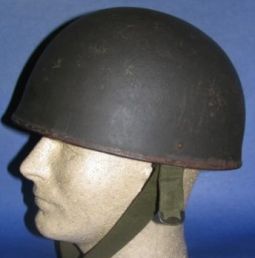 Once camo cover is in place, netted and scrimmed up, there's only a subtle difference between the MKII Para, Para lightweight and  Marine Pattern helmets in 20mm, only then up close and you have to know what you are looking for. Rolf Hedges' FALK1 British infantry in camo helmets are dripping in scrim so can be taken for all three helmet models in a single stroke. 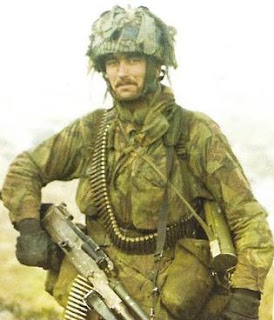 This Para GPMG No.1 snapped in the Falklands, could easily step back in time to stand beside Frost at Arnhem.