Here is the Nine O'Clock News. Sid Vicious, controversial bass player in the Sex Pistols'  has been shot and killed by an army checkpoint in Streatham, south London earlier today. An army spokesperson for the Emergency Government said that Sid Vicious, real name John Simon Ritchie, was shot when he failed to stop after a warning was given and when challenged appeared to throw an object at the soldiers manning the checkpoint. 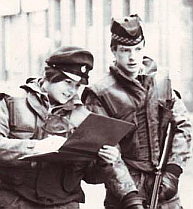 Sporadic violence followed the news of the death of the pop icon and the security forces have been placed on high alert. Further news, in Jordan... 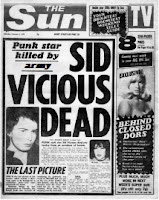 .
The Sun can reveal that Sid Vicious was mistaken by the army for Mad Trot Terrorist Alan Tate. Punk Rockers around the world are in shock. Violence has erupted in major cities throughout Great Britain. In  Berlin and New York violent demonstrations have been held by distraught fans.

Punk Rocker Janet Scissors, 19, said "The streets aren't safe. They'll just shoot anyone." Lewis Benjamin, 24, known as 'Dog' in Punk Rock circles, said "Whitehall think they've got us up against the wall but this will just put more teenage guerrillas on the tarmac." 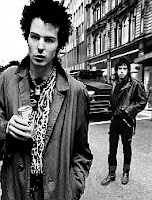 I turns to Carol, sorry, Corporal Davies and says, "That's Tate. It's him, it's bloody Alan Tate!" She says, "You're a bit keen aren't you? He's in hiding. Wouldn't be wandering the streets of Streatham for us to capture would he?" She looks at the rogues gallery on her clipboard, then at him. He's with another fella. They look dodgy. See us looking and split up.

She, Corporal Davies, leans in the van and says "Mac we have him, Tate. Quick he might do a runner." They must have heard her or maybe Mac and Titch, Sergeant MacDonald and Private Hewitt getting out the back, as they run.

Sergeant MacDonald shouted "Go!" We went after them. One, I don't remember which, threw a can of Iron Bru or something at us. I dropped to my knee and shouted "Army. Halt or I Fire!" and aimed at the one in the black jacket. Tate. I'm sure it was Tate. I fired two rounds. Missed. He dived into the department store, Pratts. Corporal Davies and I followed, but it was like a jungle in there. Lot's of customers. Places to hide. Sorry, we lost him in the confusion.

....The other? I heard shots, then Sergeant MacDonald shout and fire his weapon about the same time as me. I saw the man in the overcoat sprawled on the ground as I sprinted after Tate. 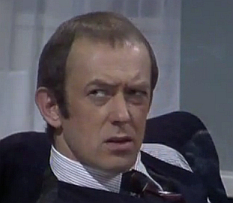 Tom, "It's grim reading whatever way you cut it Sir. Shootout in a busy street. Popular icon killed. The press is having a field day"

"A gun was found though? Fired?"

Tom, "Yes. Smith and Wesson. Three rounds fired from chamber. Only recovered one spent round. Too bloody to determine who fired it."

"Perhaps for the best. If we say it's this Viscous fellow, it hands the other side another Che bloody Guevara. A pop rebel turned real rebel. We'll be facing another 1,000 urban players and 10,0000 dickers in a week. No. Deny all links to Clash Action Front. Tate was never there. No weapon found on the scene. Mistaken identity. Have all the green army involved posted to defend an oil rig to keep them out of the way of the press".

Tom, "Tate's been injured. That was SB. Forensics have confirmed the blood on the rear exit Fire Door.  The plods also recovered the object thrown at the checkpoint. UXB Pipe bomb in a Fanta can."

"Get it sent over once it's safe and have June bring in some Penguins".