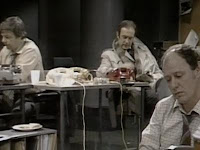 Derek, "Maybe his latest girlfriend is a nurse? Stitched him up and is mopping his brow."


Roy, "Get this Tom, the Smith & Wesson is Bulgarian. War Office issue, part of a shipment sent in 1915. So what's a Bulgarian revolver from the First World War doing on our rock revolutionary?"

Derek, "Bulgarian? I could murder a kebab. There's that Bulgarian kebab place as you turn left off the High Street towards Tooting Bec. They do nice chips too!"

Roy, "Tom get onto SIX now! I want ALL Eastern Bloc targets in their play book. From Norwood to Croydon, Micham to Crystal Palace. Derek, still fancy a take away?"


A mile away, in a flat above the KING OF KEBAPCHE Takeaway. 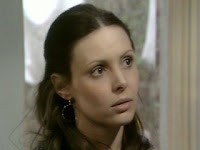 Galina,  "Alan, you were foolish to meet him. No good could have come of it."

Alan, "I just thought..... I dunno what I thought. Thought he could have handed us a popular rising. Turn the despair and anger into action.....Maybe."

Galina, "You need politically motivated soldiers who want to fight for a socialist cause, not a pop one. You're wound is good now? You are ready to move? Petar does not want you to stay. He thinks you will bring bad luck this time".

Galina, "What about the cause? We have placed a lot of trust in you. Your weapons are in the car. Five AK47's, 12 Skorpion sub-machine guns, 3 Makarov pistols, plastic explosives, fuses and a quantity of ammunition. We have left further ammunition where we agreed......Shte mi lipsvash tiva." 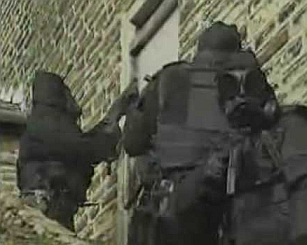