Another Day Another Foot Patrol 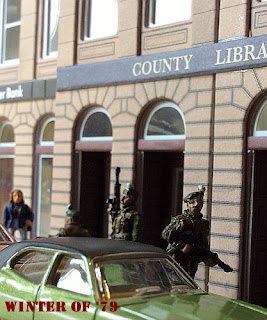 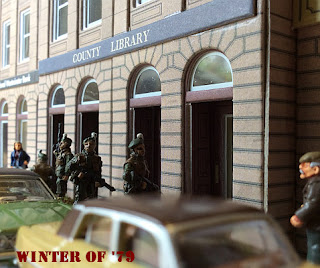 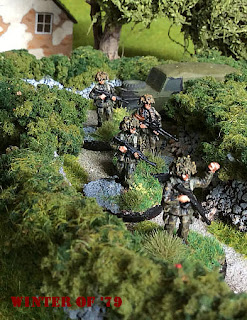 On patrol in the 'cuds',bundie bashing
Elhiem Figures this time round
painted by Jim Brent for my collection 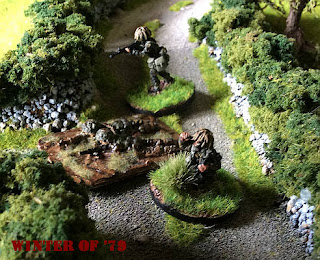 There's no getting away from the fact that I do like the Elhiem patrolling BAOR figures. The fact that Matt's BAOR range includes both patrolling and fighting poses means that in small scale actions like ours, you can swop out the patrolling figures for more warry poses when action begins. So I have two sections each of both the patrolling and fighting poses. In part this came about in order to improve the mix of NCO/leader figures in the fighting sections. And as you can see above, I use my 20 year old plus Platoon 20 GPMG gun team to add more variety within the platoon.  Another very useful Platoon 20 figure is the 'Charlie G' gunner that comes bundled with the GPMG team.