The Scottish Play: The Flat 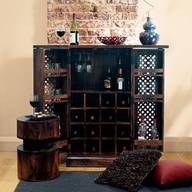 Banks made a show of leaving. McBeath was in no doubt that everyone in The Grill was aware that they were "going for a curry".

A crowd was assembling outside the Music Hall.  They joined the pedestrian traffic on their side of the street as if heading for the crossing to go and see whatever was on. McBeath remembered one of his secretaries getting excited at seeing Phil Lizzy? or someone similar appearing at the venue earlier in the year.

Banks took his arm and made a show of gesturing in the direction of the Indian restaurant. Banks kept up the chatter as they walked along Union Street. McBeath went to look over his shoulder.

Banks softly said "Colin is with me." At Bridge Street they stopped outside the entrance to the Indian. Banks scoured the menu and pointed at a couple of dishes. "Fancy a kebab instead?" McBeath did his best to keep up with the charade and let Banks lead. Half way down Bridge Street, Banks said "You've got a flat in town. Let's go there. Im sure you'll have a good drinks cabinet."

They cut back on themselves by the 'Pally'. At the bottom of Windmill Brae Banks stopped to light a cigarette. He patted his pockets "What ya know, no matches" and stopped Colin, to all intents and purposes a passerby, with good natured gestures and as Colin lit his cigarette, Banks reeled off a list of Indian dishes....."and don't forget the Nan!"

McBeath's flat was in Crown Terrace. It was everything Banks expected. High ceilings, tasteful decoration. Vivian's hand no doubt. He had hoped there would be a mini bar with optics on the wall and high stools, but was to be disappointed. The contents of the drinks trolley however, did not disappoint.

Banks settled back in one of the plush armchairs "So, what's it to be Roddy?"

McBeath looked at John Banks. Captain John Banks, Boat Troop, 22 Special Air Service Regiment, formerly Royal Marines; then at the floor, before drawing a long breath, "These are troubled times. Men who know each other need to stick together. Make the most of whatever opportunities come their way....."

Captain Banks listened. McBeath was offering a job. A very well paid job as private security consultant to the Cawdor Group. He could name his own terms, hire his own team. His men. Known men. He could stay in the military, for now. But there was more, couched in veiled terms and he started to build a picture of what McBeath was saying. Banks was not slow to pick up. He could spot an opportunity and he was always ready to jump on an opportunity.

McBeath came to an end, "Think it over carefully and then come out to the house for dinner."  Banks smiled internally. Ah, Vivian's behind this he thought and he wondered if she was still as big a flirt after a drink or two.....