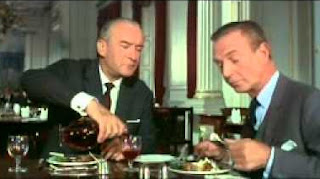 Nigel: "Thank you Minister. Half a glass if you please. On duty. Derek here (standing off camera) is from the Policy Coordination Unit with your Scots briefing"

Derek: Unsure at last remark "yessir. Minister...The position in Scotland is somewhat fluid. The vast majority want independance in some form and yet there is no clear sign of a common force emerging - unlike in Wales. The Scot players, frankly, seem to be more concerned with the who gets what regarding the oil revenues than how they actually get it. There are significant forces available but as yet they have not really taken a grip. Excuse me for saying, but with the collapse of legitimate centralised government eminating from Whitehall, there is a power vacuum - it's just a question of  who takes over".

Minister: Motioning around "Does this look like a collapse to you.... err, Derek?"

Nigel: "Yeees, thank you Derek - you have another briefing perhaps?"

Derek: Straightens. "Yes sir. But I should mention Irish Republican involvement on the Clyde and increasing Norwegian government uncertainty about the security of the oilfields...."

Minister: "Rather nice 'Cab'. I think I'll have a bottle sent to my office".

Nigel: "Minister, we need to get one step ahead of the Scots Nats, create the environment up there and build the battlefield to fight it how we want to fight it".

Minister: "None of that nonsense they ran into in the Welsh Office I hope Nigel? Perhaps something the Army Council will appreciate...?"