"Indeed. One hotbed of welsh dissent put down eh Nigel"

"Mmmmm. Answer me this minister. who have we fought?"

"Exactly Minister. Now ask yourself, where are the Fusileers, the Welsh regiments,
the bloody Marines??'"

"I do hope you're right minister" 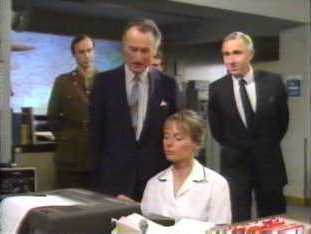 "Mmmmm...... Oh Bloody bloody hell. Minister, it seems that Battlegroup South, heading for Pontypool have been hit by a battalion level ambush. Heavy losses. Fighting has erupted on the routes of Battlegroup Centre and North. Opposition is described as regular with good artillery support. Even those wretched missing Abbots have come out to play. Fight and run, fight and run, then they drop kick us in the balls"

"I do believe the bloody Welsh have had a plan all the bloody time, Nigel. This is going to be a long war"