Underneath the mango tree.... 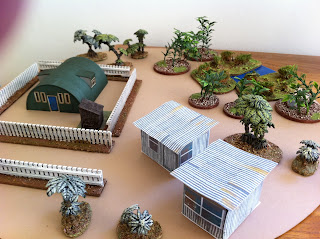 Turtle Cay and not a commie in sight. Yet.

"Big Dog, this is Hungry Shark Alpha. We are Oscar Mike at the head of the cay. Foxtrot is missing post HALO jump. Moving up over."

The SEALs move up through the mangroves towards the dry ground 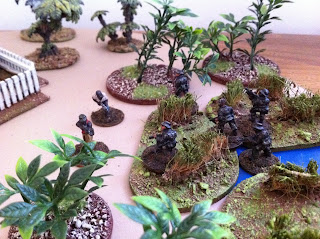 Delta and Echo move up the fence line while Charlie provides cover and Alpha and Bravo move right to cover the road. 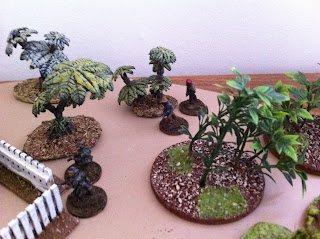 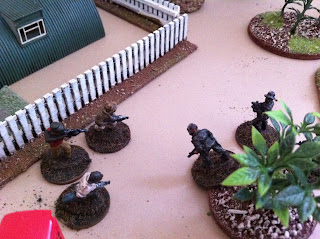 The area seems lousy with Tangos – another three stroll up the road towards the shacks and Alpha, Bravo, Charlie.


“Target down. Cruz, clear that SAW. Target Down. Brad, report.”

Delta and Echo clear the fence to the back of the Hall and report a door to the rear.


“No shoot! No Se Nara! Madrediosnocommunista! No Shoot!!”


“Only a janitor. Empty. Where are the girls? AMERICAN GIRLS?” 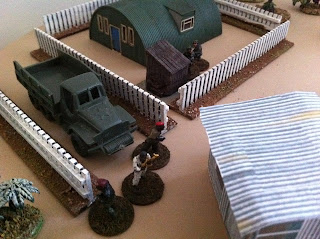 “Negative. Inbound vehicle, militia and a guy in a white suit”


“All call signs, lets have some radio discipline?

The SEALs prepare an ambush. Cruz spots some “mighty fancy lingerie on that washing line, no cheap stuff. Mr AK aint here on no political business.” 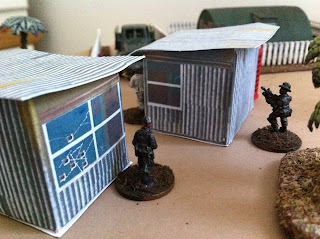 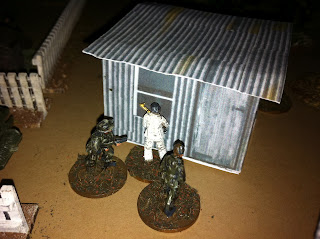 The bodyguards are taken out. Mr AK is taken down.

"This is Big Dog. Await helo extraction of your local cargo. Then route to the Radio Shack; the Rangers are having some........local issues. Big Dog Out"