A wombat IS a man's best friend

"Hello again, I'm Madison Gardens for CNN in the battlefield that is Abergavenn,y. Two hours ago I was with some English soldiers when they were attacked by Welsh rebel fighters. Since then we have managed to get over to the Welsh side of the fighting where I am now talking to Mr Staff Sergeant "Butch" Wilkins of the Independant Welsh Free Rebel Welsh Army - a big man with a bigger moustache.....Mr Wilkins....Sergeant, Staff...."

"I don't know Madison, I'm what I always have been - a Welsh Soldier."

"Oh. Yes, of course. Um. You're in a shattered town and you're outnumbered - you're losing - you must be worried?"

"Losing - you ask the Para's and the Rangers. We've given them a right beasting. Worried? No - hold on - RHYS! FACE YOUR ARC YOU DULL C...sorry - where were we?"

English voice on megaphone - "This is 5 Para, Taffy. It's all over, give up now and we'll let a few sheep in your cells for old times sake. baaaaaah. baaaaah".

"Oh My - the English have told the Welsh to surrender. Is it all over? Why are they bleating like sheep? Is it a battle cry? Butch is going to shout back I think...."

"F%&K OFF YOU ENGLISH BAS%$RD!" sounds of shooting.

"And now firing has started again, the English are dashing from door to door firing quick, the Welsh are firing single shots at them, I think they are low on bullets...."

"Eeeeek. Ok. From over the sandbags I can see vehicles - land rovers with men with machine guns on the back coming around the corner....oooh....there's a molotov cocktail......you want me to pass the magazine along to Butch...?.....Butch has fired a flare - I think it's how they call down their mortars - they dont have radios.....and OH MY GOD. There's a TANK at the bottom of the hill...OH. MY GOD....."

"Enemy armour in sight. Dai, Gags - keep the gympys on the lannies. Stench, nail that scimitar - BRING UP THE WOMBAT!" 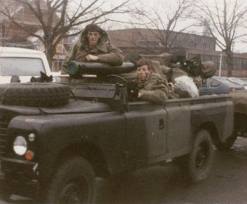 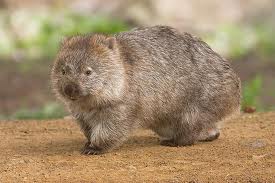 "There's fighting all around me. I can hear the sound of helicopters......THERE they are....you getting this Troy? Hovering now above the roof of the Town Hall. I see figures jumping? THERE ARE MEN ON THE ROOF..........!"