Hornby has announced it's new OO scale Skaledale buildings to be released in 2011, which includes a good mix of useful countryside, urban and industrial models.

There's a new departure in a small selection of unpainted Ready-to-Assemble buildings at £12.75 each. R9645 Bungalow and R9644 two-storey townhouse being of most interest. At first the price seems expensive but they do come in around the same price as Airfix's recently released bombed damaged European houses. 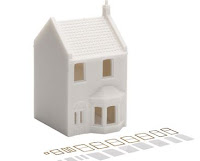 For urban layouts. there's a number of full and half relief pre-painted cast buildingss - mostly shops but also an Indian Take Away, Baptist Church, Country Garage and the Wheatsheaf Arms pub.

R9658 Workshops
Individually or together to create an indstrial estate, they are perfect for GEEZERS! "Shut It!" games or a 1979 plus military or post apocalypse skirmish. I can already see R9658 Workshop as a B&Q, Cash & Carry, Council transport depot, Royal Mail distribution centre, bonded warehouse or similar. It can be further augmented for games with Portakabin/s, a gatehouse, diesel tanks, and International Containers from Knightwing to create plnety of variety and cover.

Finally but by no means last, my favourites. A complementary range of derelict farm buildings that are probably the most useful of all the new releases for Winter of '79: 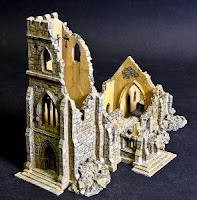 ...... and you have an abandoned and contested village.