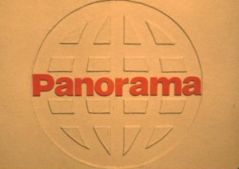 "Good evening. On Panorama tonight we bring you a special report on the full story of the last few days' tumultuous events along the Welsh border.

"Shropshire is a county in shock. Last Sunday, a column of Landrovers led by an armoured car appeared in Montgomery, just over the border. A group of heavily armed Welshmen in military uniform declared a Welsh Free State on the steps of the town hall.

To many, it seemed a joke at the time but yesterday those same Landrovers, armed with heavy machine guns and brimming with armed militia, tore through South Shropshire, from Shrewsbury as far as Leominster, leaving a trail of blown bridges, culverts and apparently mined roads. They did, however, take a few minutes out to sing a hymn at a wedding reception in Craven Arms before blowing the railway bridge. As Government forces closed in, they made a quick dash back into Wales via Leintwardine and dispersed there along Forestry Commission tracks.

There are reports, unconfirmed, that the radar dish at RAF Clee Hill was destroyed by an anti-tank missile. An unidentified army source commented, "the RAF are really narked; there's not a working bridge in sight and we are clearing those mines very carefully. If we did want to go for Wales, we aren't doing it from Shropshire".

In the studio tonight we look at events in London. Rumours abound that the Colonels from a number of Welsh regiments had told the MOD and Army Council that they would not order their men to fire on fellow Welshmen.  These officers were summoned to the MOD to "clarify issues". They have not been heard from since and the belief has developed that they had been summarily court martialled. The Welsh Guards were not involved but a message is known to have reached the regiments concerned via an officer of the Welsh Guards. A copy of the message reads "Cut and run; get the boys home".

Late last night a large military convoy left the Home Counties along the M4. When challenged by Police, an officer in the lead vehicle replied "Dont worry boys, we're off to sort those Taffs out we are". As the column crossed over the M5, they were cheered by a convoy of Royal Marines heading north. The truth emerged when they then crossed the Severn at Tewkesbury and were last seen driving out of Ledbury for Mid Wales. Military Police had, by now found the entire barracks, married quarters, motor pool and armouries empty, apart from a few English soldiers who were totally drunk. "All the vehicles that left the barracks, crossed Offa's Dyke" said a local reporter who hitched a ride with the last convoy, "I counted them out and I counted them back in"

It is now quite clear that the so-called Free Wales Army diversion in Shopshire was planned to cover the wholesale exodus of what appears to be possibly two battalions of professional soldiers. Meanwhile the Welsh Guards, who remained at their post, have now withdrawn to barracks and posted troops in full battle dress on guard. They are reported to be under a stage of siege as the Provisional Government seeks to disarm them. Welsh Battalions in Germany have reported to the Bundeswehr Command as ready to serve under NATO.

"We apologise for the interruption to this programme"
Posted by Mark at 18:37