If you are looking for an alternative 'tank' to parade through the streets and fields of Winter of '79, consider the FV433 Abbot 105mm Self Propelled Gun. Denizen of 'tank' driving experiences the length and breadth of the UK in the nineties 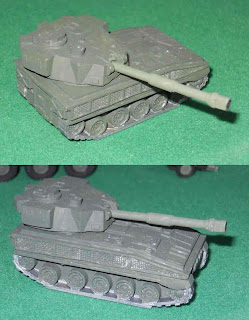 S&S Models Abbot 105mm SPG
(photos courtesy S&S Models)
There was only a single L (Nery) Battery of 6 Abbots in the UK in 1980. The remainder serving with BAOR. But there's nothing to stop us from having one forcibly appropriated by Rebels or Militia from a REME establishment or taken during breakdown or crew pitstop on a redeployment.

The Abbot was armed with the 105mm L13A1 gun and as standard load carried 40 rounds - including up to 6 HESH rounds for engaging enemy armour. The armour was 10-12mm which doesnt allow it to dominate the battelfield.