Tales from the Ministry (2) 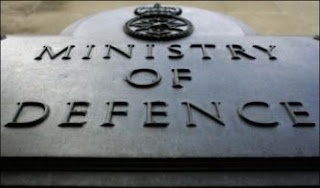 "Ah, Gerald, thank you for dropping in so quickly. Tea? No Jaffa Cakes I'm afraid. As I've been told to give you an "interview without coffee", biscuits seem excessive."

"I imagine this is about Caerwent, Sir Nigel?" 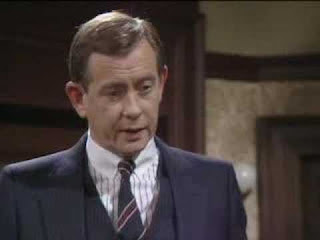 "Imagine, Gerald, IMAGINE? Our military lords and masters are talking of preventative detention! I do hope there is no history of leeks in your family, Gerald, Cambridge or not. A handful of long-haired welshies with guns toddle up to one of the biggest arms dumps in the UK and fill their boots with OUR AMMUNITION and YOU IMAGINE THATS WHAT I WANT TO SEE YOU ABOUT?"

"Well, Sir Nigel, there was rather a lot of them and the logistic chaps knew they were the ones who'd dealt with that SAS patrol, and the hundred or so Royal Marines didn't help either."

"Sorry Sir Nigel. At least they left the napalm, the bomblets and the nuclear mines."

"All of which belong, despite the receipts, to the USA, Gerald, who, by the way are now asking what happened to several crates of M16s, AR15s and some LAWs? And to judge by the aerial photos, the Pentagon is shipping whats left to Lord Knows Where, while what is left of our stuff has been wired to go "pop" if we as much as sneeze at it."

"But that would take out most of South Wales, perhaps...... if we just had a small cough?"

"And Gloucestershire? Avon? HIGHGROVE? That's all Gerald. Please just make sure Aldershot is still chained to the bicycle stand."