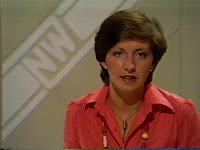 Today, the emergency government declared martial law in Borsetshire. In a dawn raid, troops of the Parachute Regiment moved into Felpersham and other major towns across the county. Bob Langley reports:


At 5am this morning, heavily armoured columns led by armoured cars consisting of men from 5th Battalion Parachute Regiment simultaneously descended on towns across Borsetshire.


Shocked residents woke to find barricades thrown up around Felpersham city centre and the major round abouts into the city guarded by armoured cars. Radio Borsetshire is urging the population to remain calm and continue economic and commercial activities normally. Car drivers have been warned of some disruption to their journeys.

Tony Mullet, Regional Officer of the General, Municipal and Badger craftworkers Union has declared this an "act of war" on the people of Borsetshire.

Let's say you need a little more background to feel the love for playing Winter of '79. Nothing wrong with that. I'm and INFP according to Myers-Briggs thingy am happy with being let run loose within a big 'sandbox'. I have time whilst I'm recuperating and need to exercise my mind so........

Borsetshire is a Midlands county on the Welsh Marches. It is vital as a firm base for future operations into 'Free' Wales. What we've seen reported here is an 'assault' battalion' move-in using speed and overwhelming force to establish controlled areas in the major centres of population.

Let's say Borsetshire is a battalion TAOR (Tactical Area of Responsibility), part of a larger brigade controlled TAOR. Brigadier 'Dickie' Davies has set up his Brigade Headquarters Forward Operating Base in Felpersham Civic Hall which also contains the headquarters of the county constabulary. This will allow close co-operation with the civic authorities and direct liaison with the police plus vital access to their records.

One company will be based here and two further companies will take over the South Felpersham District Council Depot as their headquarters, where a heli-pad will be built. These two companies will form the rapid reaction force within the TAOR and mounted in Saxon APCs with heli-lift capacity for one platoon. A troop of Scimitars and troop of Fox armoured cars has also been assigned.

The 'assault battalion' is setting up a 'temporary' base in Borchester. It's for a company plus a troop of armoured cars and a detachment of Royal Engineers. The armoured car HQ troop and one sabre troop have taken over the evacuated TAVR centre belonging to the East Borsetshire Yeomanry 'The Foxhounds'.

Strong vehicle patrols are in evidence across the county and Royal Engineer clearance teams are escorted to clear culverts and bridges of booby-traps on the A1992 south of Ambridge and the B1834 passage through the Hasset Hills.

Under cover of darkness, acting on intelligence gathered in East Whittingham by local Special Branch and officers of 23 SAS(V), homes are raided across the county and Blue Troop of 22 SAS conduct a special operations raid on Penny Pinch Farm two miles south of Ambridge. An ambush site is also set up on a suspected 'terrorist' route across the moors of the Hassett Hills. 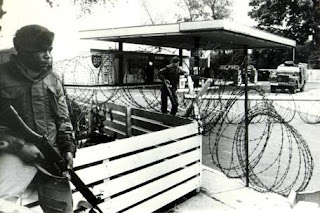 By 0800hrs, commuters arriving at major bus, rail and road interchanges across the county find a combined army and police presence. Soldiers check identity of workers coming to work at the Borset Vale Power Station. Eddie Trucker's transport business is one of many that morning to see an army presence aimed at ensuring the security of transportation and deliveries to ensure the continuation economic and commercial well being of the county.